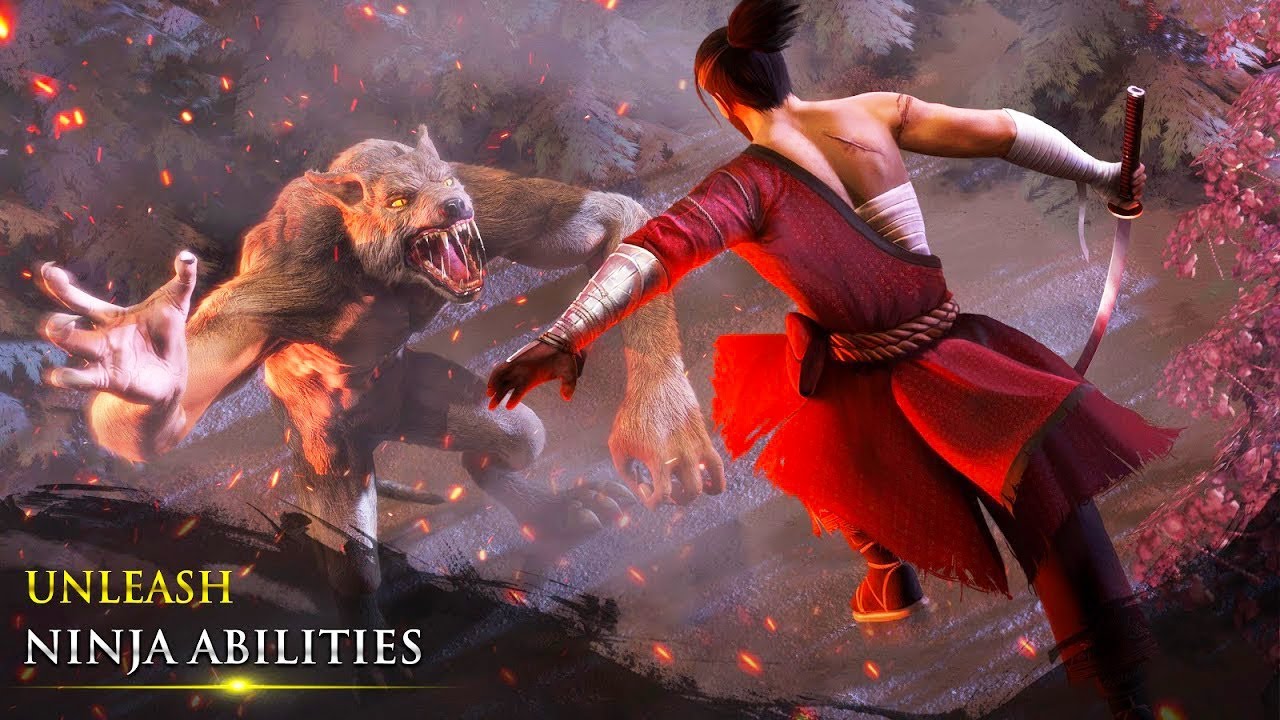 Ninja warrior sword fighter set in a blend of hack n slash and soul game. A great action RPG fighting game where you can be the bravest shadow warrior assassin who fights to stop darkness from rising. Takashi, a 3D ninja game where you experience a tale of Japanese ninja arashi assassin with breathtaking graphics.

Takashi ninja warrior is a ninja fighting game where an epic hero rises in medieval Japan filled with war, discord and magic. Forge your destiny in the most thrilling action-adventure RPG game. Shadow ninja assassin warrior will be surrounded by strong corrupted enemies. Prepare for sword fight, engage in real quests, and become a legendary ninja samurai warrior of your people. Cast witchery spells to win boss battles in fighting arena.

The story is based on land of Tochi, a land of secrets. An epic hero Takashi, son of Arashi is a Japanese ninja who must fight for a payback with his lethal sword for ultimate glory defeating the corruption of Tochi.

Takashi is different from common ninja games. You will need to focus on a multiple features throughout the game. If player wants to see his stock, his earning, and his progress, the inventory is main access point for player to interact with.

AI ENEMIES
Use your sword fighting game style to defeat enemies. All the enemies have different behavior, according to which player will have to choose suitable fighting style.

The game cannot be completed with only one type of weapon. Takashi will be provided with many types of weapons to experience real word fights. Each weapon has its own attributes and a story.

Change Takashi’s costume according to your choice from in-app store.

This real ninja warrior game is first soul with ninja RPG elements on mobile. A great payback rewarding challenge waiting for you. Prepare for the battles in the corrupted world. Try soul game experience on your mobile. For the fans of ultimate ninja fight, samurai warrior, medieval legends, and RPG ninja games, this extraordinary adventure is a thriller that you have never experienced before.

GIVE US YOUR FEEDBACK

Let us know about your feedback. Your feedback is highly appreciated.

Thanks for every Like and Favorite! They really help!